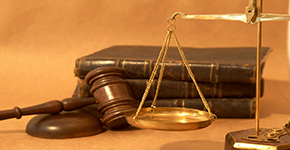 Incorrect.  An owner is only liable if the injured party can prove that the owner was negligent.

Incorrect.  This period has been reduced to two years.

Incorrect – Solicitors are not entitled to charge a percentage of any compensation award.

Incorrect.  The Motor Insurers Bureau of Ireland are required by law to compensate people who are injured by uninsured drivers.

Incorrect – the injured party is entitled to receive compensation if the accident was the fault of another party.  Whether they have a current driving licence is not relevant to such a claim.

Incorrect – The employer is not legally obliged to pay the employee wages, even if they are injured at work, unless the contract of employment states so.  However, an employee is entitled to bring a claim for compensation against the employer for the pain and suffering caused by the injury together with all other out of pocket expenses, including medical treatment fees and loss of wages.

Incorrect – An employer is only required to compensate an employee if the employer was at fault for the accident i.e. the employer must have been negligent.

Incorrect.  Whilst the two year period normally applies, there are some exceptions to this rule.  For example if an injured party only became aware recently that they had suffered an injury, then the two year period commences from the date of knowledge of the injury and not the date of the accident.  For example, a worker who develops lung disease as a result of being exposed to asbestos has two years from the time they discovered the injury, even though the exposure to asbestos may have occurred many years previously.